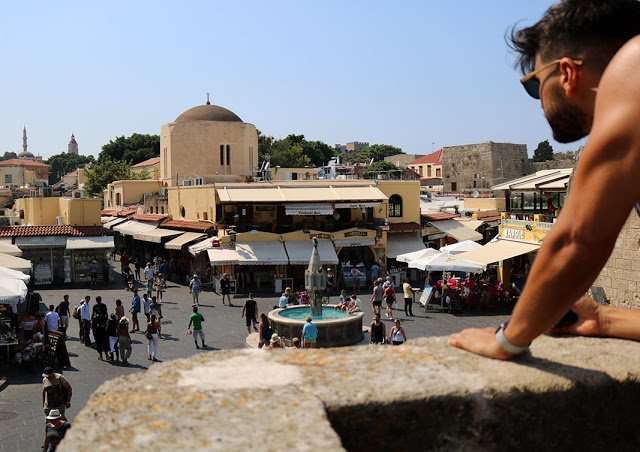 There are two ways to explore the old city. You can wander around aimlessly and stumble upon its treasures and figure out what you saw later or you can invest in a map. I strongly recommend the second. Much of the stuff I saw I had to figure out what it was by finding it on a map and reading about it long after I had left the island. 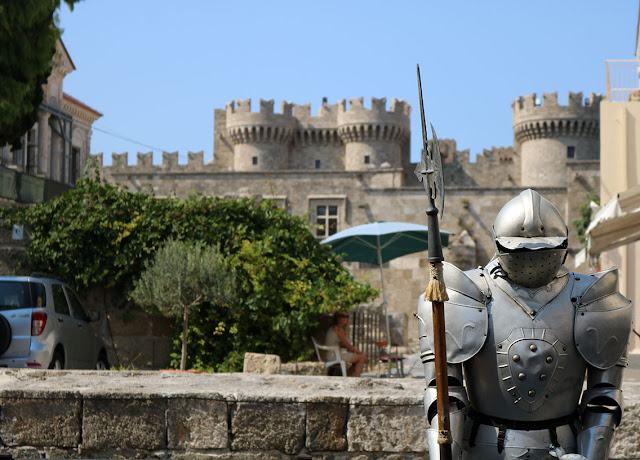 Rhodes Old Town is a World Heritage Site and probably one of the most amazing places in Greece.

To wander through the streets of the medieval city is one of life’s treasures and I can’t imagine someone visiting and not wanting to return.

The Medieval City was divided into three parts: 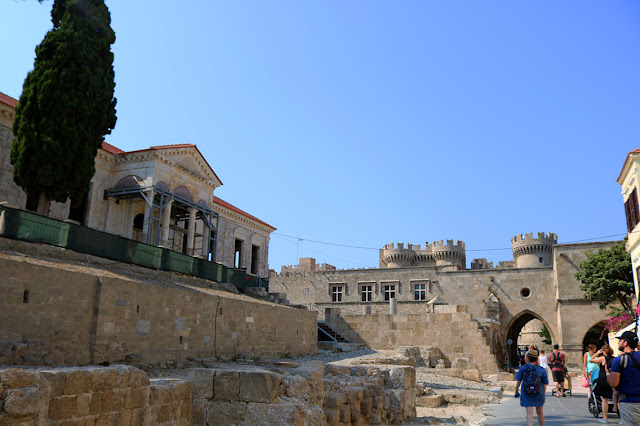 Rhodes Street of the Knights

Beautiful and interesting part of the Old City for me is the street of Knights, the most important street of the medieval town. The street is completely restored or preserved beautifully, and is lined by the buildings where the holy warriors spent their time in prayer or military practice. 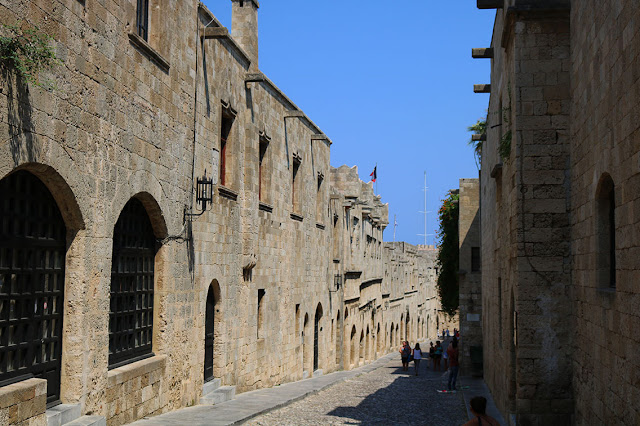 Grandmaster’s Palace in the Old City of Rhodes

The Palace of the Grandmaster is the single most impressive site in Rhodes if not all of the Dodekanese Islands and the interior is no less awe-inspiring than the formidable outer walls. Within the enormous castle are relics from the medieval period as well as ancient sculptures. A walk through the castle will take about an hour and will bring you through several thousand years of history. 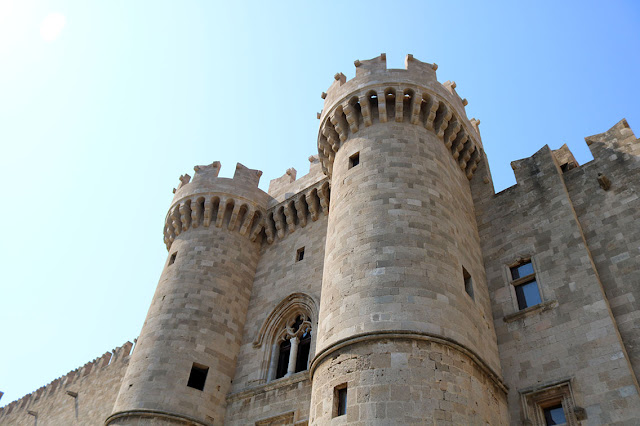 Orpheus Street is a wide road with tourist shops and restaurants near the Gate of Saint Anthony, the Grand Master Palace and the Suleiman Mosque which connects with Socratous street, another main shopping street of the old town. This becomes Aristotelous street when you get to Ippokratous Square which seems to be the commercial center of the town. 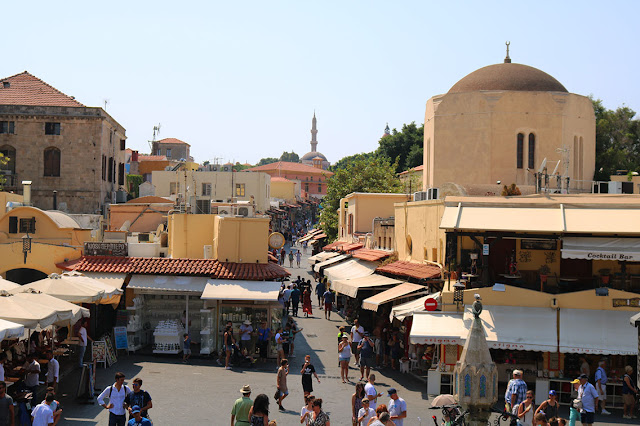 Medieval walls of the old city

The walls of the city were a work in progress for the 200 years the Knights ruled the island. Severely damaged in the first siege they were rebuilt bigger and stronger after the siege of 1480. The walls are 12 meters thick and the length of the walls is about four kilometers. There is a tour a couple of times a week of the walls and the fortifications. 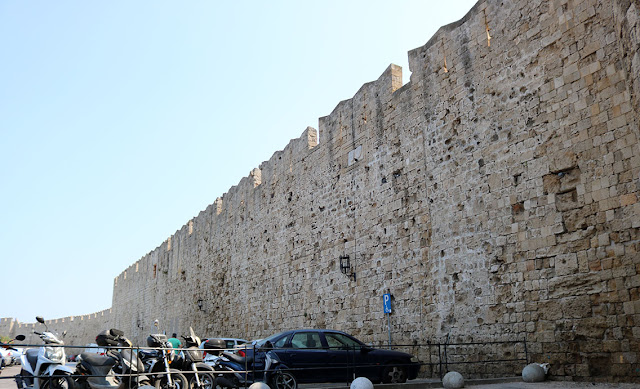 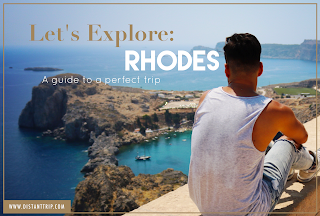 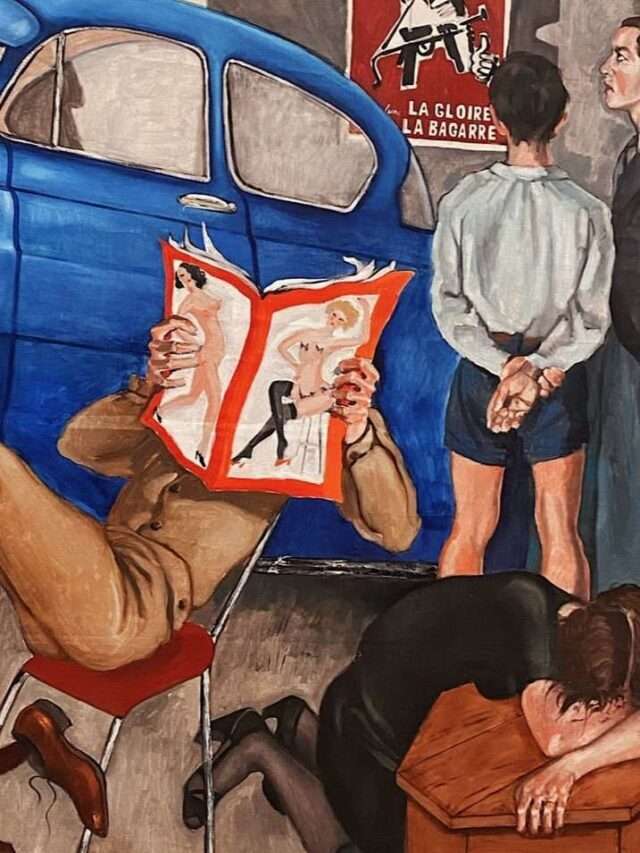 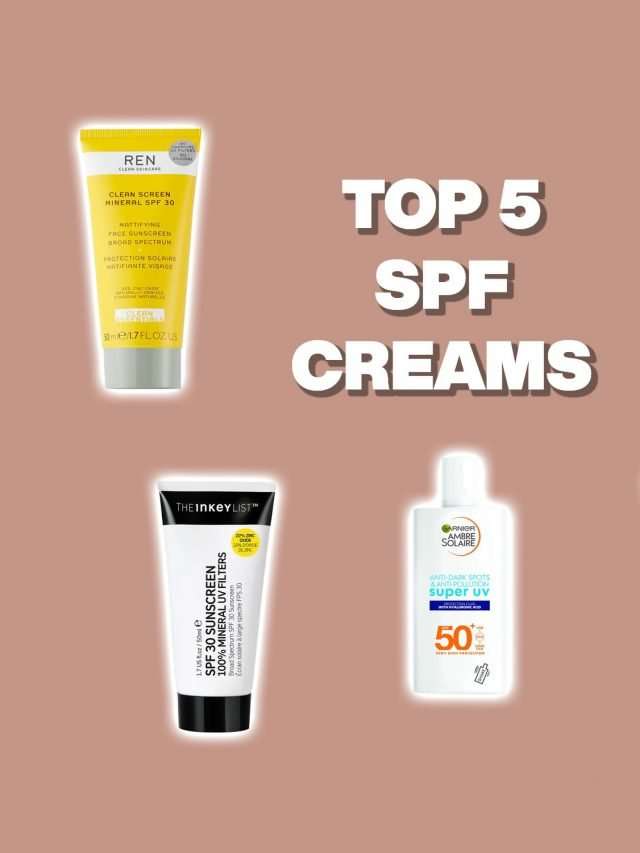